The Thames is still in spate. The flow is strong and swift and heavy with sediment. The threat of flooding remains but whilst it’s been a very wet season, it hasn’t been our worst. In 2014 we were flooded for so long that we practically lived in wellie boots and waders from December until February. This year storm Dennis left us flooded for five days, but not enough to impact too much on our everyday lives. As the floodwater receded it revealed new growth of marsh marigolds and flag irises indicating that spring had officially arrived.

One of the most beautiful sights at this time of year on the Thames is the courtship display of great crested grebes. They’re beautiful birds, with their chestnut ruffs and black ear tippets, and bodies held low in the water. It’s worth a visit to your nearest river, lake or gravel pit to see them and their elaborate and delicate courtship dance.

It starts with a call, quite a loud rumbling bawl for such a little bird – enough to wake us on a morning – and it’s returned by a potential mate. When the two birds meet their dance begins. They face each other in the water and shake their heads from side to side. It can be a lengthy process with breaks every so often as one bird turns its head away to flick the feathers on its back with its beak. It reminds me of a curtsey or a bow during a Regency era dance, before the music starts again and carries them forward.

They flirt like this for a while before reaching the crescendo of their performance; the penguin or weed dance. Both birds dive and when they resurface rush towards each other carrying reeds in their beaks. They meet, finally, breast to breast, and rear out of the water shaking their heads and their collected weeds. They have agreed to mate, and the business of nest-building can begin.

Our resident grebes constructed a nest within the branches of a willow tree opposite us where it meets the water, thus anchoring it in place against the movement of the river. But river life is never easy or uncomplicated and there are other waterfowl vying for territory. Every year we watch the soap opera unfold; the grebes build a nest and the coots dismantle it until no reed or twig remains. The grebes will build two or three nests in this manner before the coots finally relent and are distracted by their own nest-building urges.

Our moorhen family have a tried and tested means of avoiding the coots’ destructive behaviour. They climb the pyracantha outside our galley window with their large yellow-green feet, using the thorns as ladder rungs, and safely build their nest above the water.

Their courtship display doesn’t hold the extravagance of the grebes’, but in its own way, it’s sweet to watch. We thought our resident moorhens might have mated for life, or at least it seemed that way after their first few years together. But two years ago a juvenile from their first brood didn’t leave to find new territory as the others did. It stayed close and last spring we noticed the adult female had disappeared and the younger moorhen replaced her. Their lives are quite secretive by the water’s edge so it’s difficult to know what happened to her. Moorhens are generally unassuming birds with their dark plumage, white under-tail, and yellow-tipped red beaks, but even they, it seems, have their own domestic challenges.

Their courtship ritual is as quiet and modest as they are. The male, Harold in our case (of course we named them), swims towards Andie with his beak low in the water and when they meet they preen and fuss each other, and cluck happily. They’ve already spent the year together so they’ve no need for flashy courtship displays or ostentatious head ruffs and tippets. 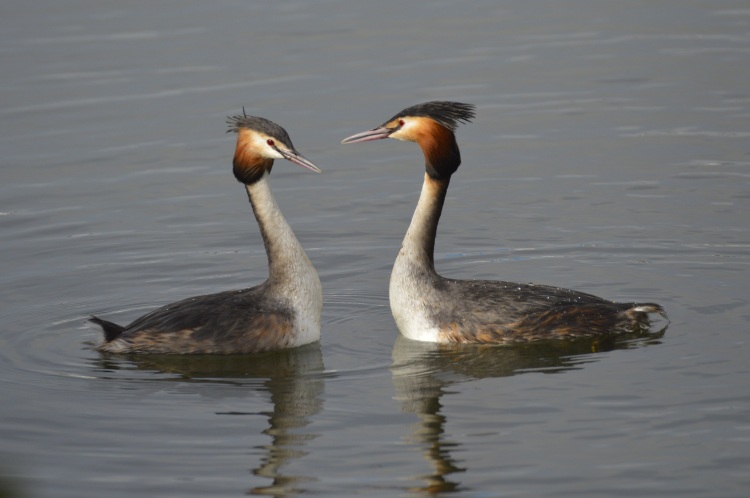 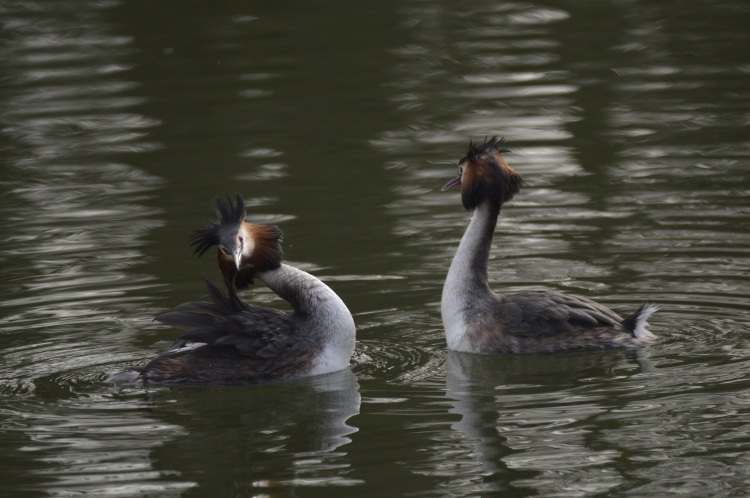 A PDF version of this article can be found here: CPN

Suzanne lives with her Morris dancing husband and cat-who-thinks-she's-human on a narrowboat on the Thames. She makes boating look difficult and constantly proves that gravity favours the unco-ordinated. She loves her allotment, and likes to blog about her (mis)adventures. View more posts